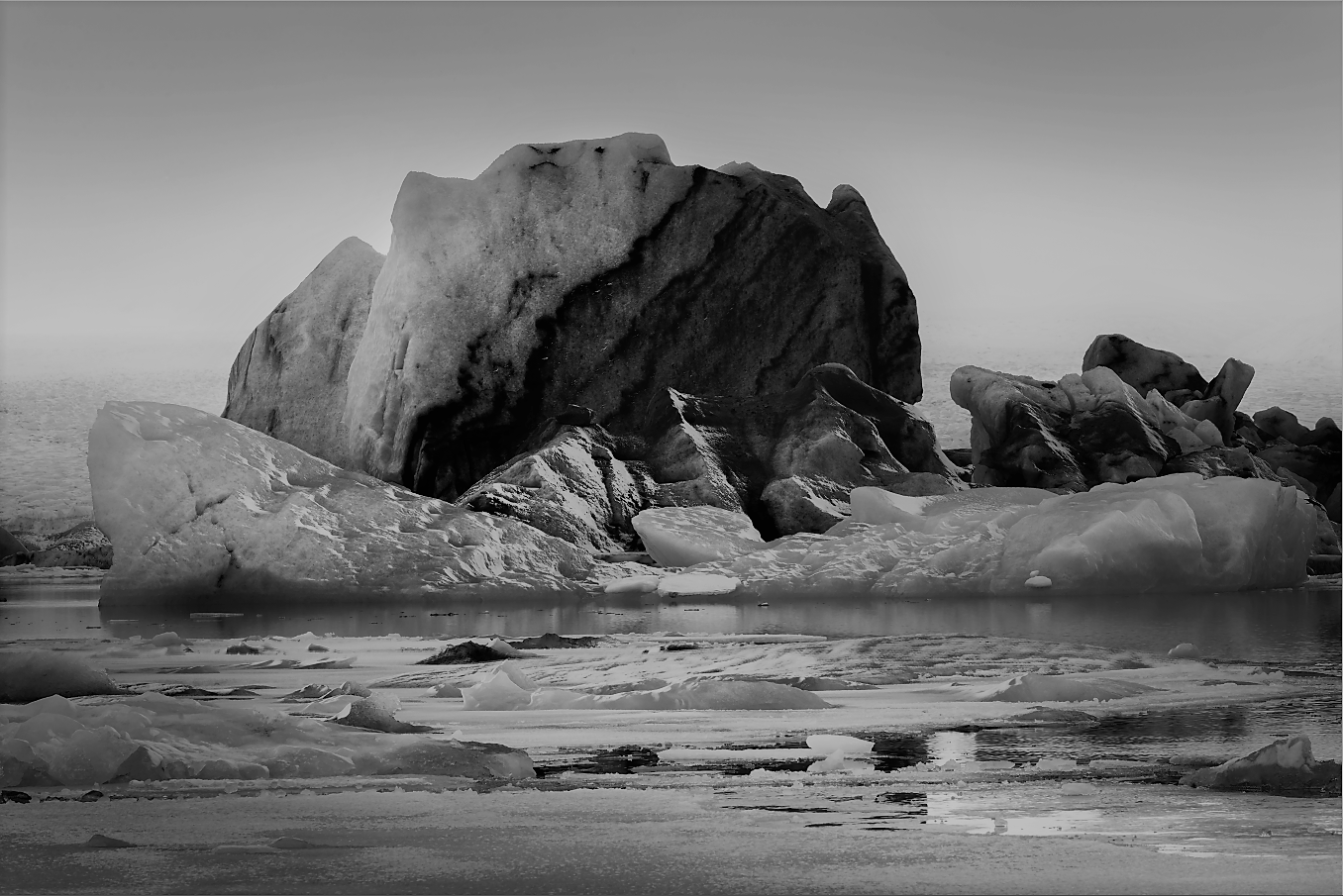 Anne Algar is a Melbourne based photographer and artist. She has studied fine art and practised as a printmaker, animator and graphic designer, specialised in usability web site design and worked as an art director and educator. She also has a Bachelor of Arts degree in Anthopology and Sociology from Melbourne University.

Since 2015 she has focused primarily on her photographic work exploring space and place in the genres of landscape photography and nightscape photography. Her work invites viewers into the world of nature, the world at night and the importance of conservation in the natural world. She is also interested in ways that science and art can intersect and compliment each other and engage with an audience. She has won numerous awards for her photography work and is also an active Committee member of the not-for-profit charity Artists for Kids Culture. Her work is held in both private and public collections. 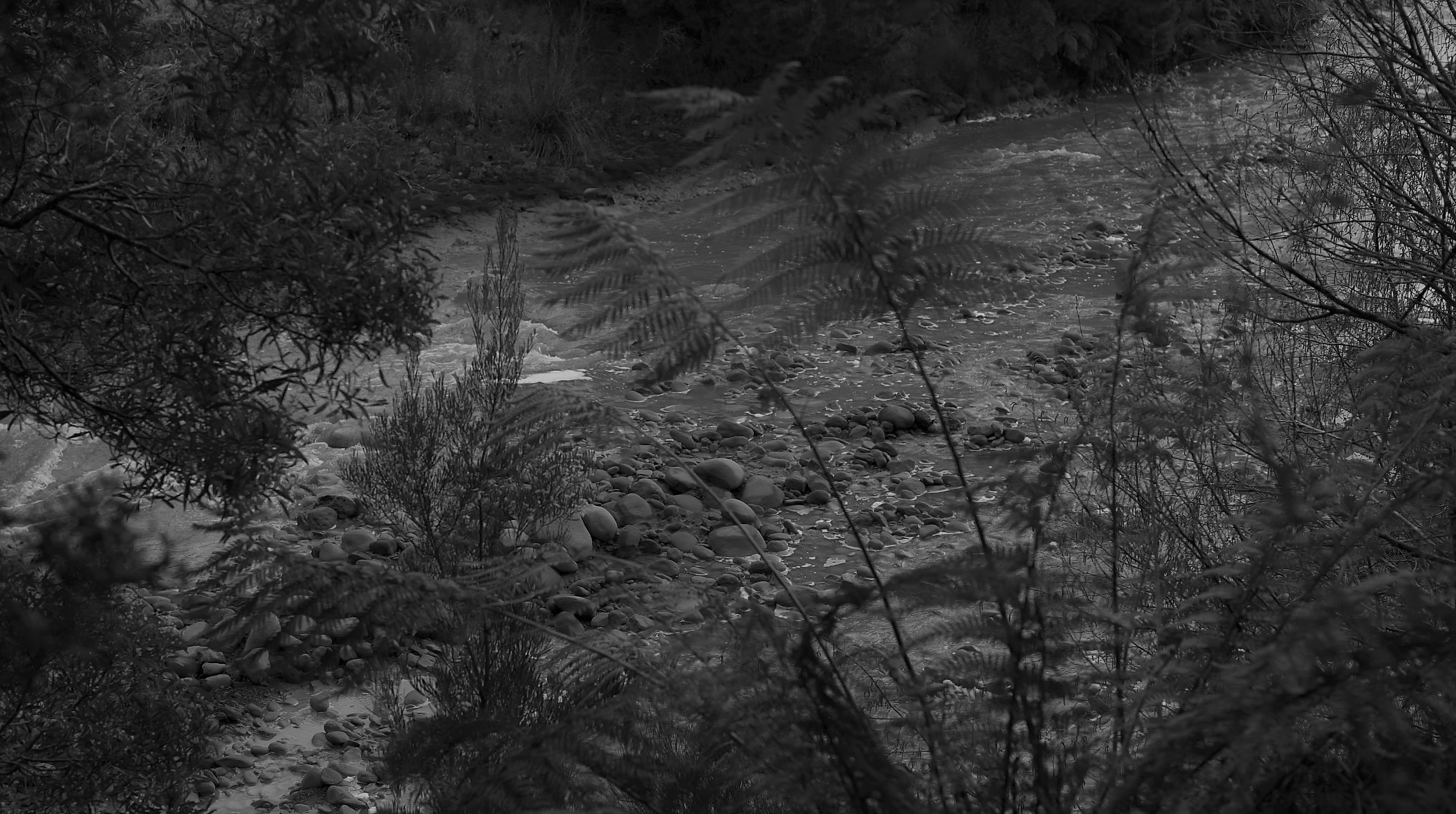 Working across installation, sculpture, video, and painting, Edwina Green’s multidisciplinary practice is informed by her Aboriginal heritage as a Trawlwoolway woman, from North-East Lutruwita. Her work explores the cultural, ecological and intergenerational damage that is relative to  people and place, and the abrupt necessity of creating discourse surrounding Indigenous erasure, reclamation and ‘politics’. 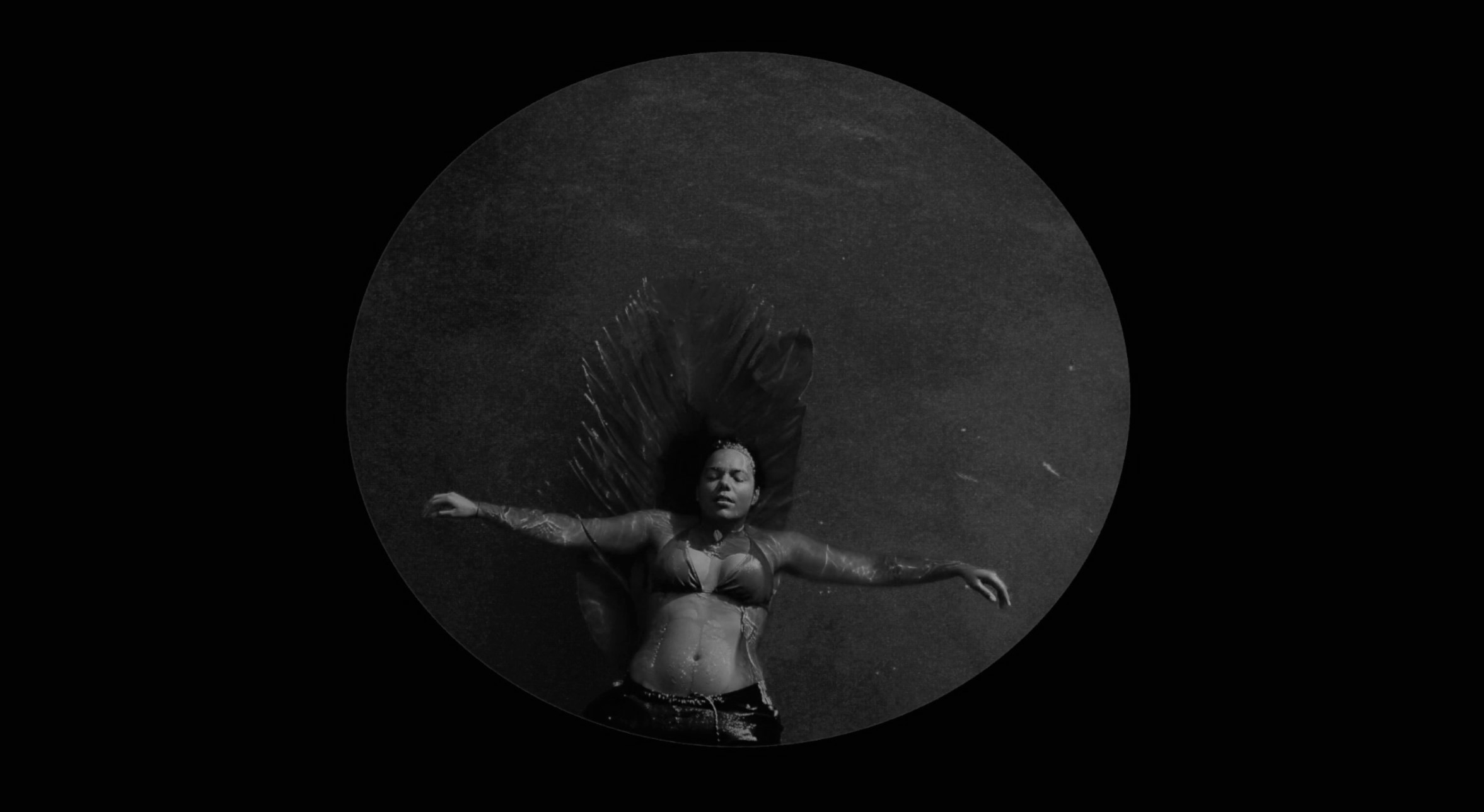 Ia contributes to growing international critical practice across the Great Ocean and North America through residencies, exhibitions, publications, teaching and rights advocacy. Eshrāghi is the inaugural Horizon/Indigenous Futures postdoctoral fellow at Concordia University, and a member of The Space Between Us SSHRC project (2020-28) led by Dr Julie Nagam. Ia/iel/they pronouns. 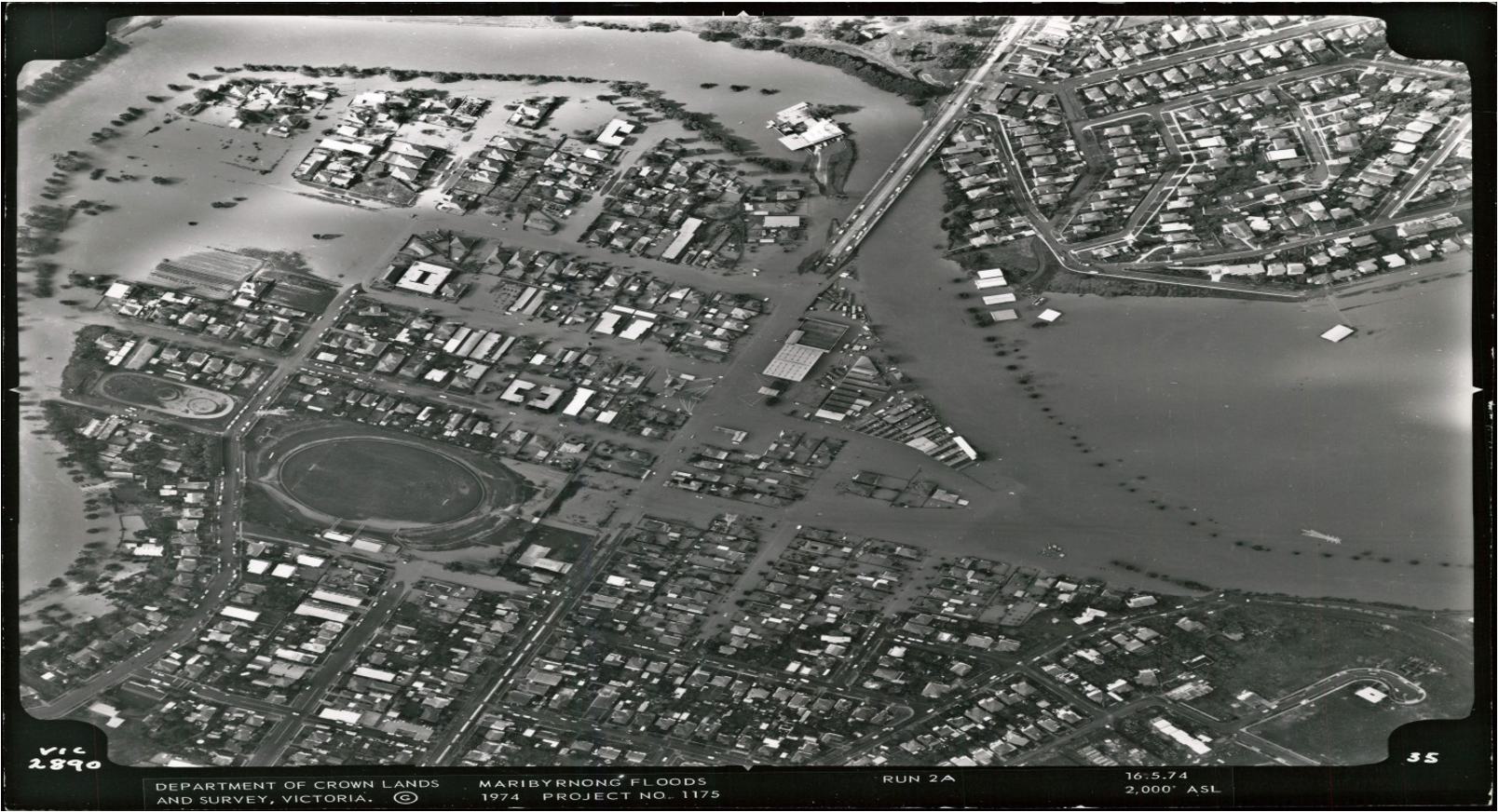 Lucreccia Quintanilla is an artist, writer, DJ and researcher at Monash University as a PhD candidate. Her writing has been published both nationally and internationally. Her art work has been exhibited within Australia and overseas. She has received grants for her projects and residencies.  Her practice is a collaborative one which manifest into outcomes within galleries and also as events and performances outside of that context. Quintanilla regularly gets asked to speak at panels and symposiums in regards to themes within her research both locally and overseas and has taught at university level. 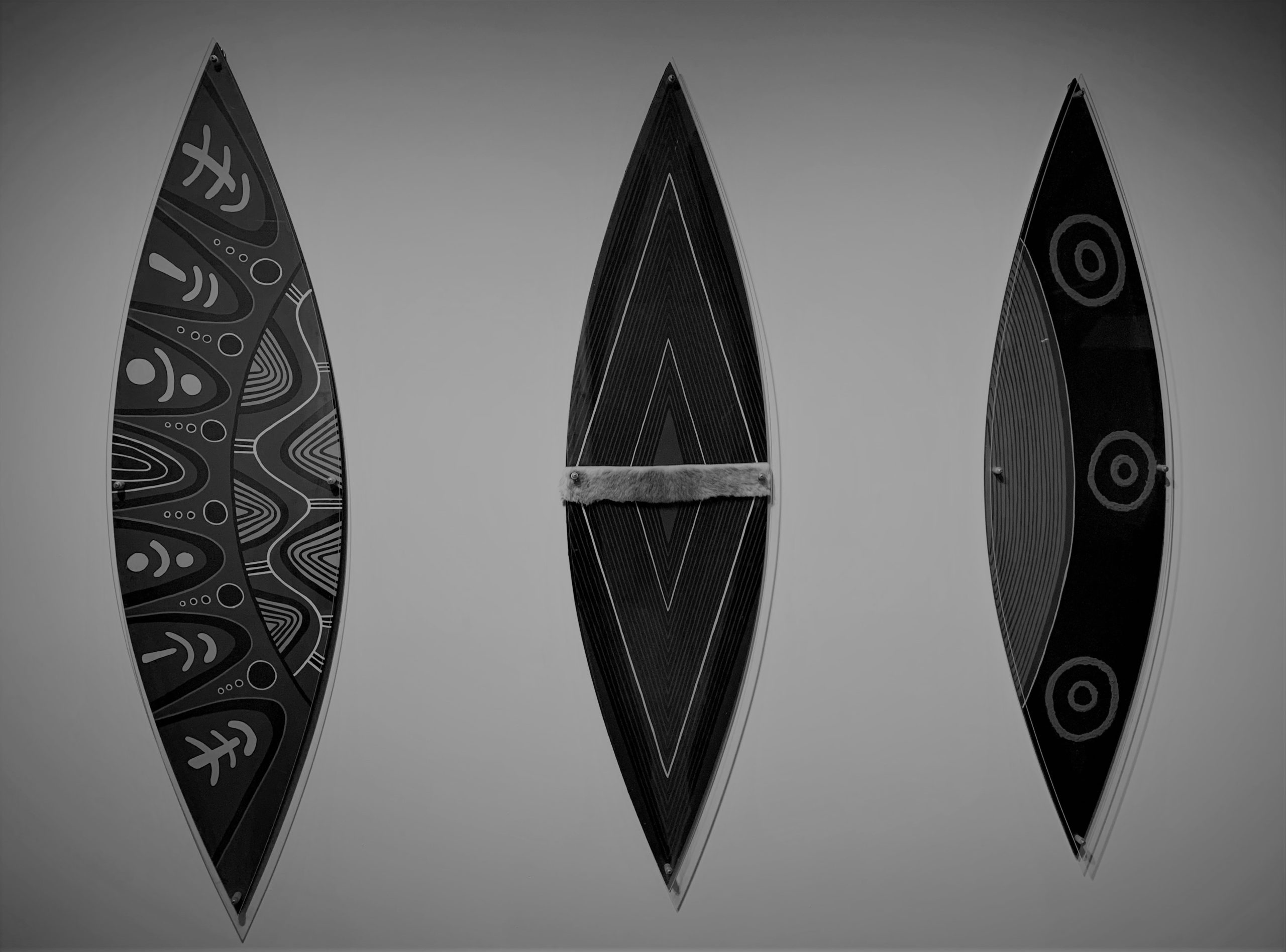 Maree Clarke is a Yorta Yorta/Wamba Wamba/Mutti Mutti/Boonwurrung woman who grew up in northwest Victoria, mainly in Mildura, on the banks of the Murray River. Maree has been a practicing artist living and working in Melbourne for the last three decades.

Maree Clarke is a pivotal figure in the reclamation of southeast Australian Aboriginal art practices, reviving elements of Aboriginal culture that were lost – or laying dormant - over the period of colonisation, as well as a leader in nurturing and promoting the diversity of contemporary southeast Aboriginal artists.

Maree’s continuing desire to affirm and reconnect with her cultural heritage has seen her revification of the traditional possum skin cloaks, together with the production of contemporary designs of kangaroo teeth necklaces, river reed necklaces and string headbands adorned with kangaroo teeth and echidna quills. 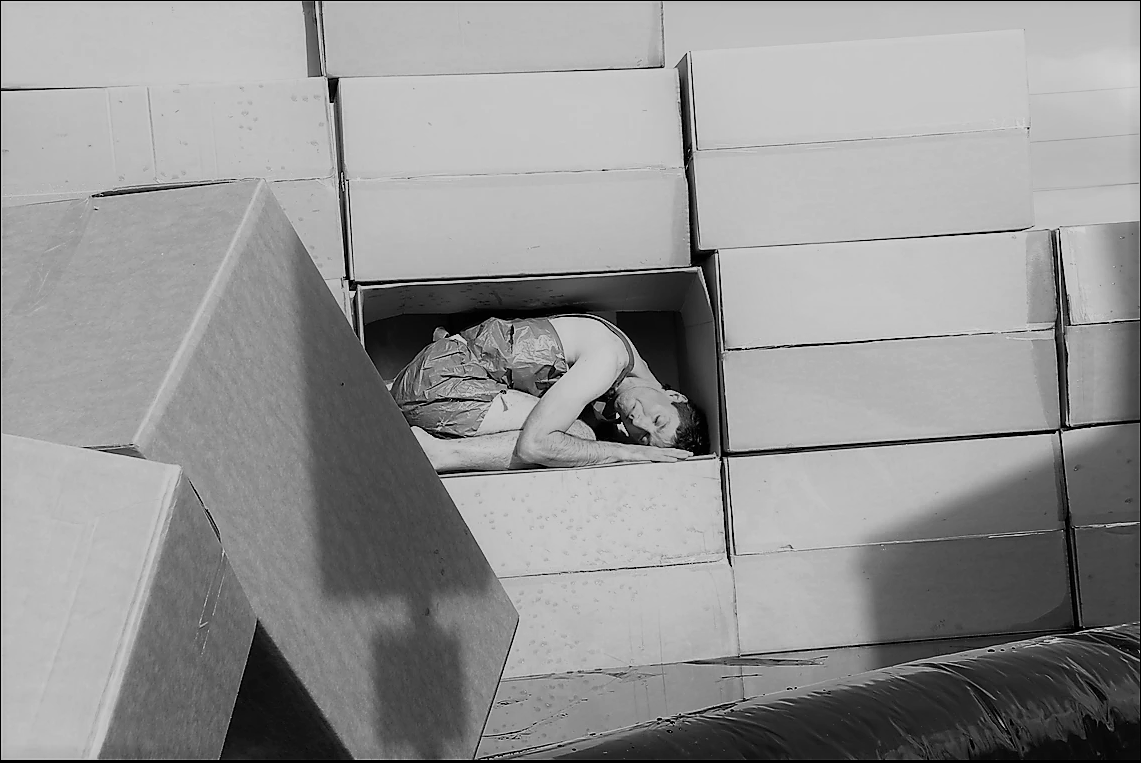 Nick has worked extensively as a physical performer, puppeteer, designer and animator. Since graduating with a Bachelor of Visual and Performing Arts (Victorian College of the Arts, University of Melbourne) in 2001, Nick has performed with Snuff Puppets (Forest in the Night, Scarey, Circus Olé, Nyet Nyet’s Picnic), Polyglot Theatre (Paper Planet, Tangle, Ants, Cat City, How High the Sky), A Blanck Canvas (Southern Corroboree Frog, Messenger, Guardian) and Peepshow Inc (Slanting into the Void, A Bird a Tree the Moon) and was head puppeteer of Joey for the Australian tour of the National Theatre of Great Britain’s War Horse.

As a designer, Nick made props and sets for the Circus Oz shows Model Citizens, Precarious and Aurora, designed and sewed costumes for Polyglot Theatre shows Tangle, City of Riddles and Sticky Maze, constructed puppets with Snuff Puppets (many shows between 2001 and 2017) and created animation for St Martins Youth Theatre shows Somebody, Things That Keep Me Awake and One Day.

Nick co-devised, designed costumes and was the solo performer in Sarah Austin’s Only a Year, a work for babies, which won the best kids show at Melbourne Fringe and was nominated for a Green Room Award.

From 2018 to 2019 Nick created and performed in community art event Lake for Melbourne Fringe Festival, painted a 28m long mural at Circus Oz, made costumes for M-Ball (Sohla), made a cut-out animation for West Projections Festival, performed in Between The Trees (Melinda Hetzel & Co) and String Symphony (Spare Parts Puppet Theatre) at the Glow Winter Arts Festival, exhibited paintings at Unicorn Lane Gallery Ballarat and was puppet captain and performer for the 47th UAE National Day celebration in Abu Dhabi. 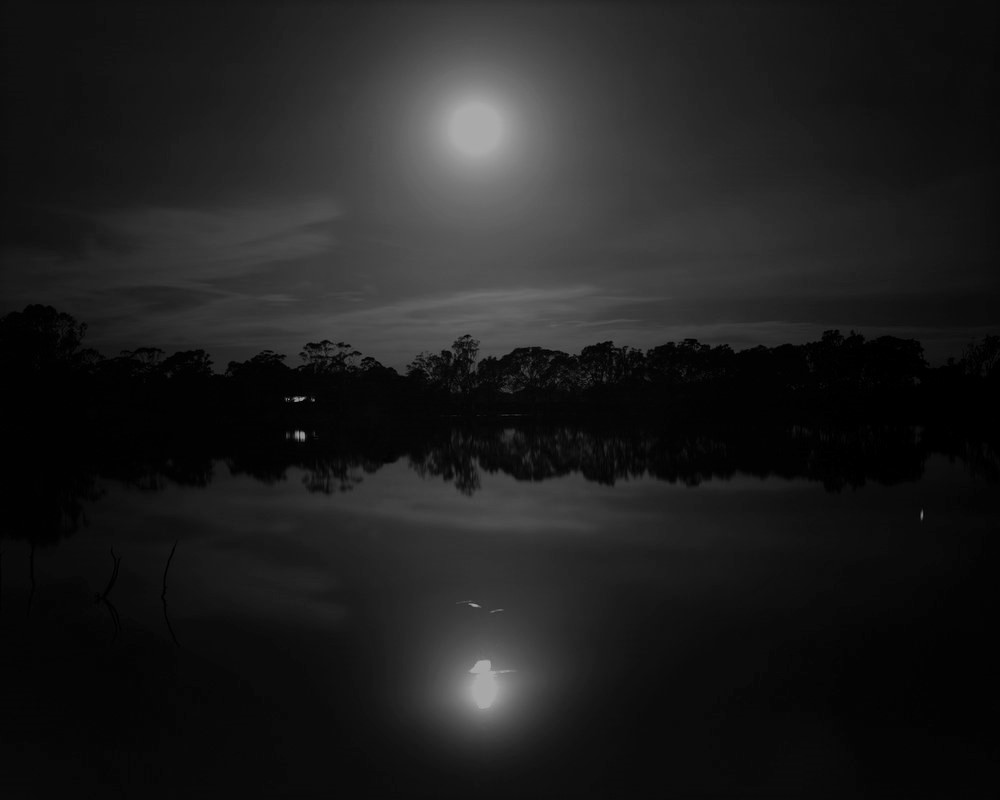 Peta Clancy is a descendent of the Bangerang Nation from the Murray Goulburn area South Eastern Australia. She is a photographer who examines hidden histories of colonisation, events which threatened the survival of her ancestors. Her aim is to bring to light these hidden histories in a contemporary setting. In 2020 Clancy was commissioned by the Monash Gallery of Art (MGA) to create a new photographic installation, ‘Undercurrent’ 2020, for the exhibition ‘Portrait of Monash: the ties that bind’. For the project she created a photographic installation evoking the erasure of Indigenous sites of significance within Country of Baluk willam of the Woi wurrung and the Nguruk willam of the Boon wurrung. In 2018 she was awarded the inaugural 2018 Fostering Koorie Art and Culture grant from the Koorie Heritage Trust. She collaborated with the Dja Dja Wurrung community to create a body of work ‘Undercurrent’ to investigate an unmarked massacre site Dja Dja Wurrung Country. The massacre site was submerged underwater, seeing this as a metaphor for the denial of Aboriginal massacres in Australia. During 2019 ‘Undercurrent’ was exhibited at the Koorie Heritage Trust Gallery, Melbourne, and the group exhibitions ‘The National 2019 - New Australian Art’, Art Gallery of NSW curated by Isobel Parker Philip and ‘Capital’, National Centre for Photography, Ballarat for the Ballarat International Foto Biennale curated by Naomi Cass and Gareth Syvret. 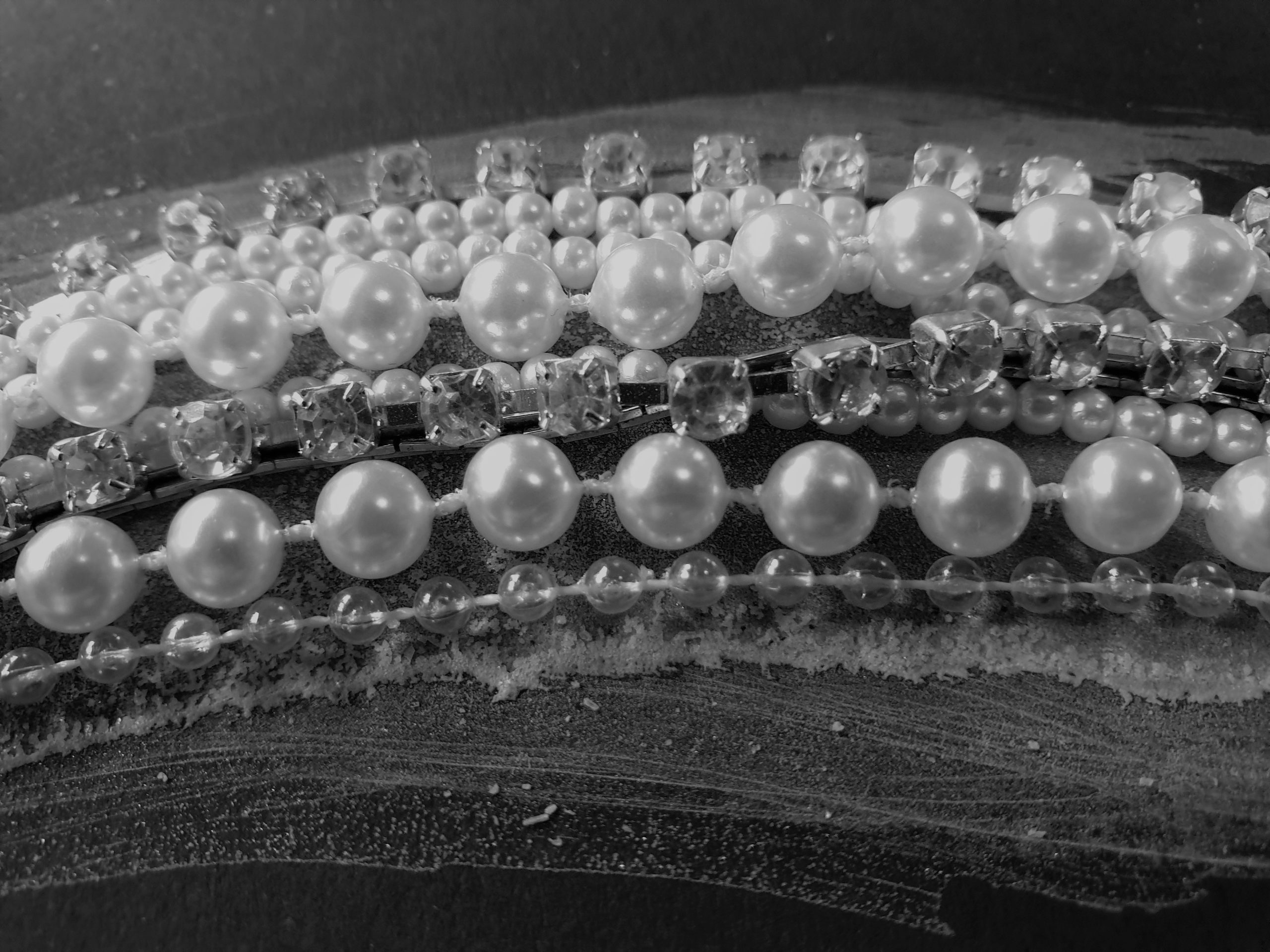 Working primarily in sculpture and installation, my practice is located at the convergence of identity and memory. My work plays with concepts of presence and absence, to explore and question accepted historical narratives. Emerging from explorations of my own elusive familial and cultural histories, my practice often considers strategies for masking, concealment and control. 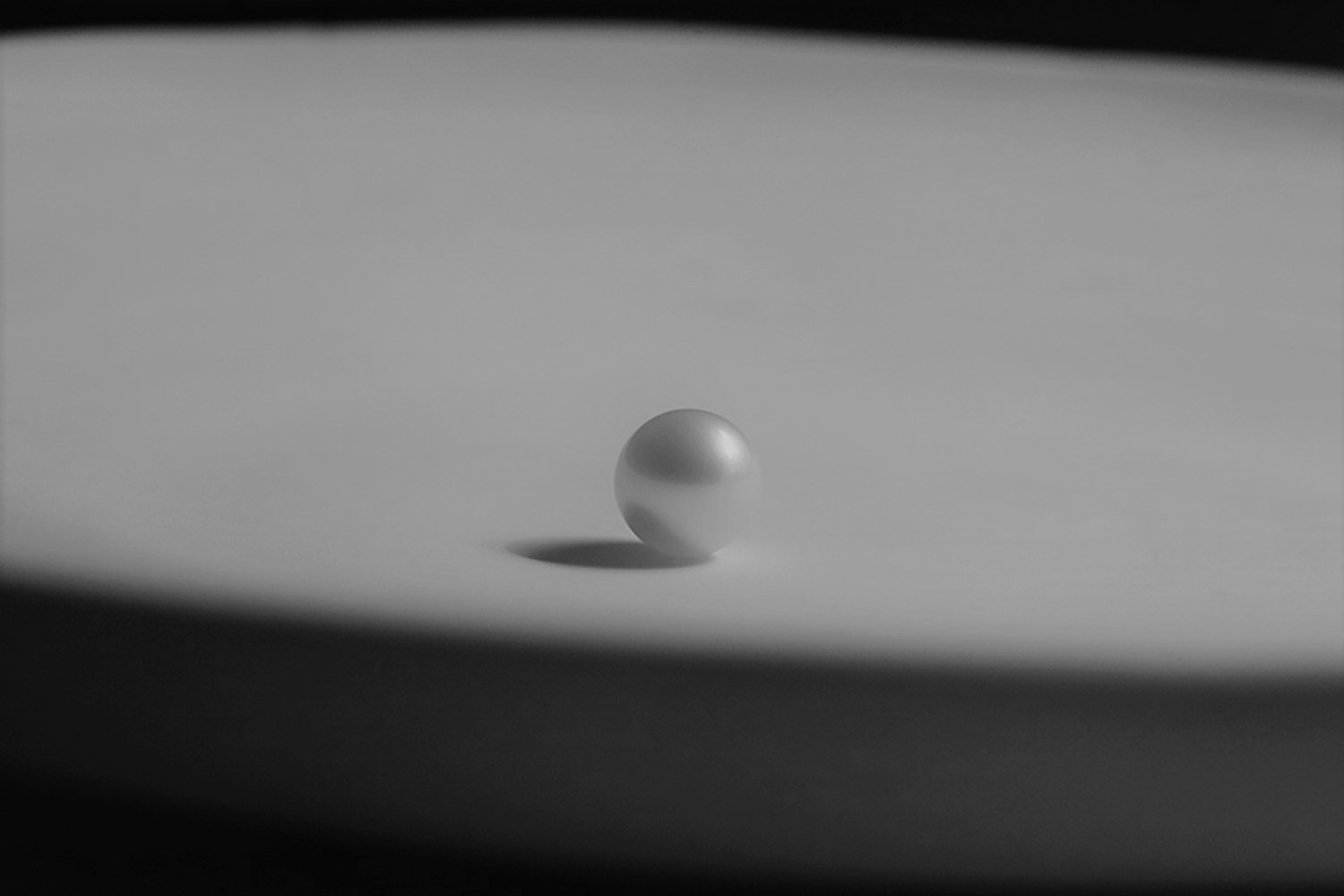 His practice explores transience, transformations, and hybridizations within the natural world.Working with perishable organic materials including; flowers, living cocoons, wood, and water, as well as more durable products such as pearls, marble and bronze. Andrews’ artwork involve repetition, process, and a demand for meaningful contemplation.

In 2007 he completed a Bachelor of Arts (Art) with First Class Honours at Curtin University, Perth.

In 2015 he was awarded a residency at Artspace, Sydney and in 2017 he was the recipient of the 4A Beijing Studio Program. 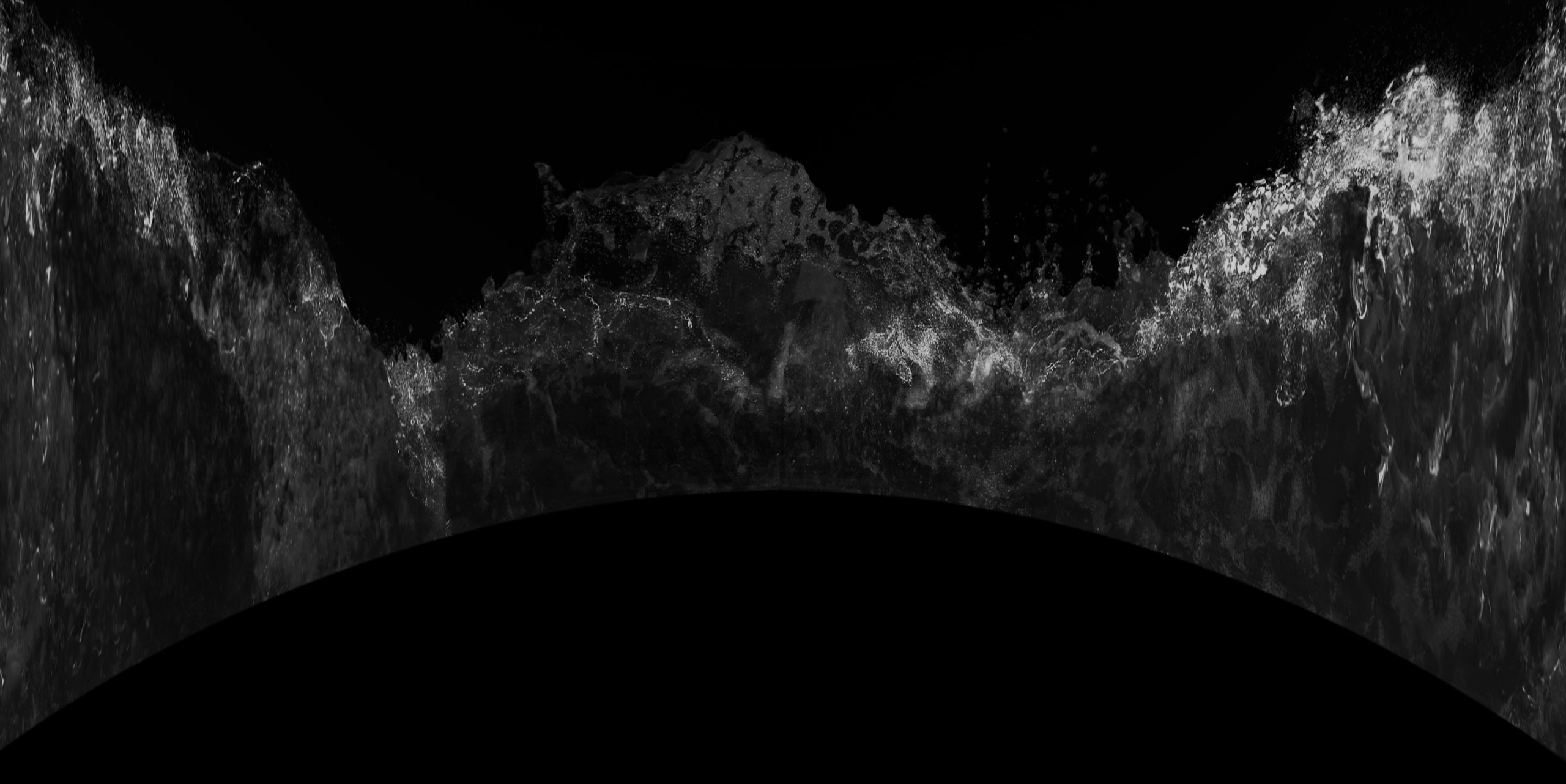 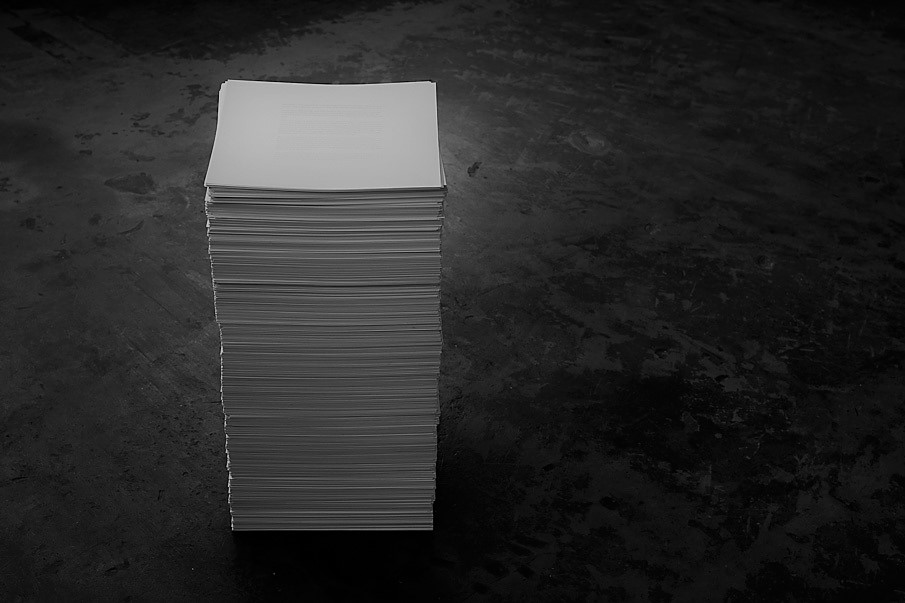 Zainab Hikmet completed her Masters of Fine Arts at RMIT in 2015, following Undergraduate and Honours degrees from Auckland University of Technology. She has exhibited in various galleries throughout New Zealand and Australia and in 2015 was selected to complete a residency and exhibition at Singapore’s Tropical Lab at LASALLE College of Arts.