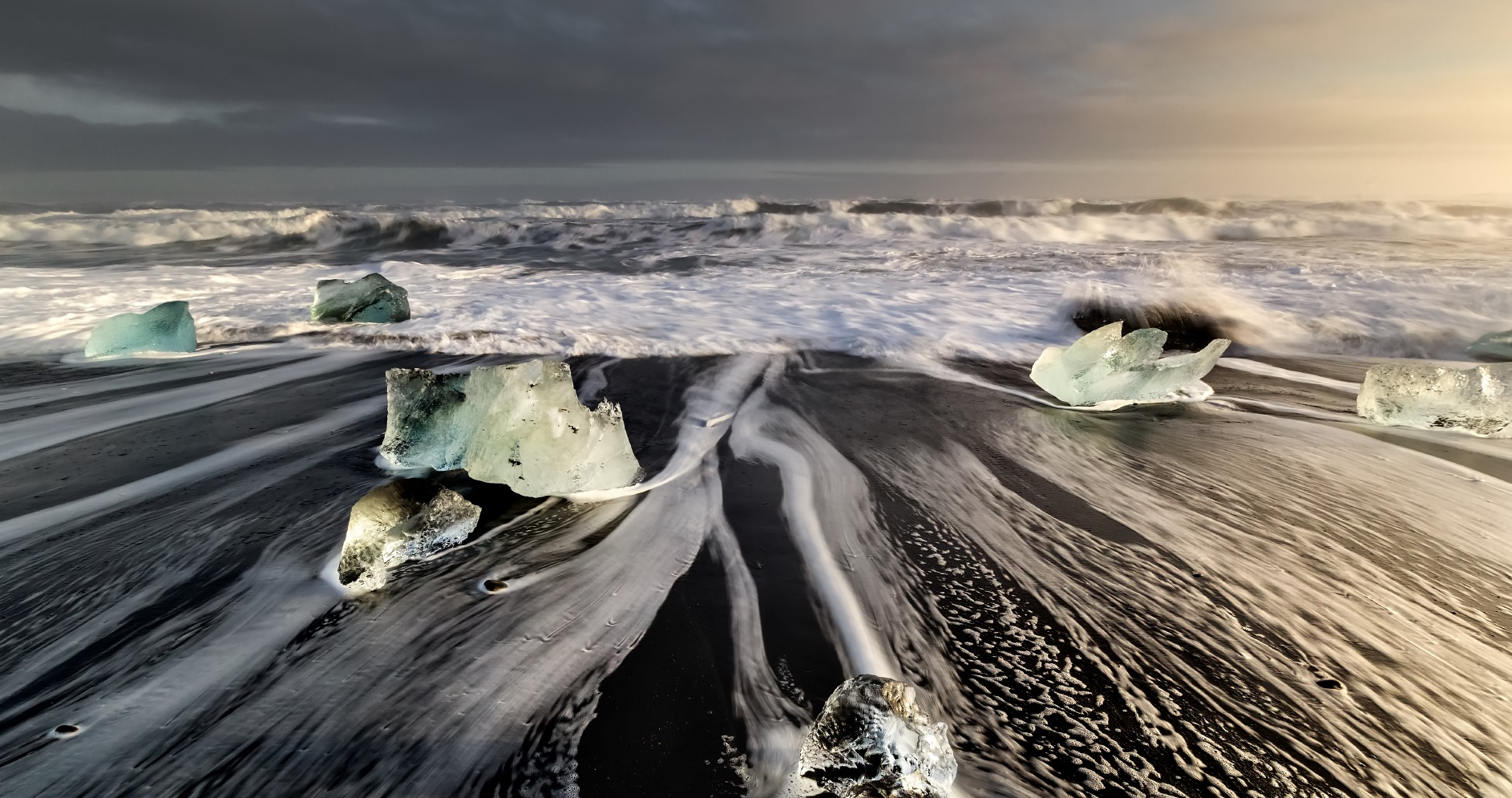 This series of artworks in The Billboard Project - a series of three public art spaces presented across Moonee Valley, including Incinerator Gallery - are about the journey of an iceberg. They are also a comment on global warming, and the impermanence of the landscape.

The images reflect and show the iceberg’s trajectory from glacial masses, to dislodgement, to floating on rivers of their own melted water, to their final destination, the ocean.

The Billboard series highlights glacial blue ice, which is very old, compressed ice, that contains the history of the earth’s climate.

The three images are on display at Incinerator Gallery, on Keilor Road and in Wallis Mall, Niddrie. The images were captured in Iceland.

Recently, a 700 year old Icelandic glacier called ‘OK’ lost its glacial status and was declared dead ice, as it had succumbed to global warming. 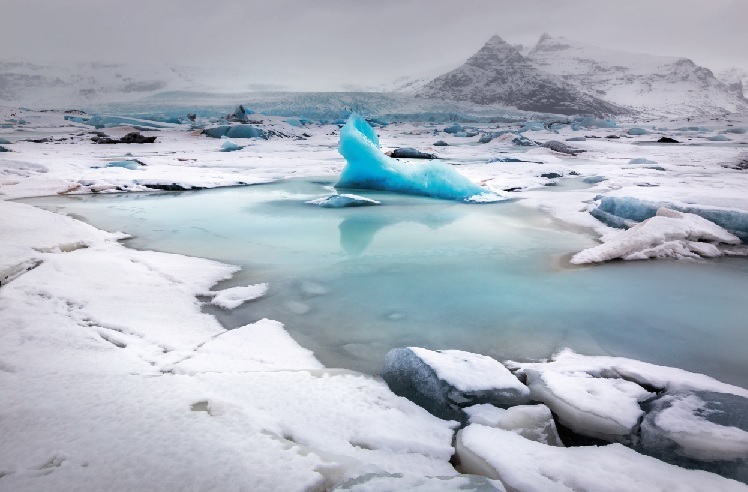 Out of the blue

With landscape photography nothing is certain. You must always be prepared to abandon plans, reorient your focus and make the most of the changing conditions you find yourself in. So it was on yet another freezing cold grey day in Iceland, that I unexpectedly encountered blue ice. It was mesmerizing, mysterious, surreal and beautiful. As the mist drifted away from the tongue of Breiðamerkurjökull glacier in Southern Iceland, a glacial sea of ice was revealed stretching up into a long, steep gully between black basalt mountains, glimmering and shining, fading in and out by wind driven fog and mist. Crevices and fissures were quietly creaking and cracking, shifting and melting, punctuating the silence if you stood still long enough to listen. Before me a valley of sculptural ice forms intertwined and intersected, towering and glowering in various shades of blue, white, and grey, sometimes luminous when a fleeting shard of light struck through the thick clouds. The ice seemed alive and demanded respect.

On my return to Australia I discovered that blue ice is more than purely aesthetic, but also contributes to our scientific understanding of the world we currently live in. The blue ice that had transfixed me in Iceland, was very old and highly compressed ice, built up from layers of snowfall and compacted over thousands of years. The sheer density of the ice absorbs red light waves, and they are unable to be reflected back to the human eye due to their shorter wavelength. Subsequently only blue light is reflected back to the human eye. Embedded within blue ice between the layers of compacted snow, are dust particles, soil, gases and human pollutants that when examined reveal the history of the earths climate. These elements can help explain and pinpoint changes in atmospheric conditions over the particular timespan of an iceberg’s life.

My series of images evolved into pondering the life cycle of an iceberg, a narrative of transformation and change, as ancient blue ice eventually melts and turns into water over a slow process of disintegration caused by natural processes and accelerated by global warming. Iceberg formation is a slow process and begins with snow falling and building up in heavily compressed layers over hundreds and thousands of years. After a long period, chunks of ice will eventually break away from glaciers in an event called calving. Large chunks of ice are then transported by rivers of water formed by the melting ice, and eventually end up dispersing and fragmenting out into the sea.

As icebergs change state from solid to liquid, they also release back into the world fragments of previous worlds that have been kept hidden and captive. Who knows what microbes will be released back into the world or how high sea levels will rise as a result of our polar regions melting at increasing speed and ferocity due to human induced global warming.