Incinerator Gallery is your community gallery located by the scenic Maribyrnong River.

We have a diverse offering of solo and group exhibitions, which will delight and challenge our audiences as we explore new and fresh perspectives on contemporary art and life.

Incinerator exhibition entry and many of the programs are free.

These closures in 2022 are scheduled for:

Sign up to our e-newsletter at the bottom of this page to receive regular updates about events, programs and invitations to exhibition openings.

Incinerator Gallery is located a short walk from the Maribyrnong River.

Free parking is available beside the Gallery and there are plenty of options for travelling to the Gallery via public transport.

Train: Closest station is Moonee Ponds on the Craigieburn Line. Then catch the 467 bus or take a 15 minute walk west on Holmes Road toward the river.

Tram: Closest tram stop is Stop 41 near Maribyrnong Park on the 57 and 82 tram routes. Then a 10 minute walk north along the Maribyrnong River to Holmes Road.

Bus: Closest bus stop is at the corner of Holmes Rd and Waverley St, Moonee Ponds. Disembark bus routes 467 or 468 then walk west for five minutes to the Gallery.

Plan your visit on public transport.

Incinerator Gallery is an accessible venue.
Our friendly staff are happy to assist all visitors with their access requirements.
If you would like more information, contact the Gallery on 03 9243 1750.

Incinerator Gallery does not have onsite food or drink available. The Boathouse Café is open daily and located nearby on the banks of the Maribyrnong River.

Speak with a Gallery staff member for other local café recommendations.

Every Victorian workplace must ensure a COVIDSafe space and to reduce the spread of the Coronavirus.

You can view the additional health and safety measures in the Gallery’s COVID-19 Safe Plan.

Incinerator Gallery asks people not to visit if they are feeling unwell or displaying the following symptoms:

The City of Essendon commissioned world-renowned architects Walter Burley Griffin and Marion Mahony, and engineering company REICO in 1929 to build a state of the art and world-leading incinerator. They wanted a building to house the furnaces that would burn the city’s waste but not look like an industrial facility.

The Griffin’s proposal achieved this by following the principles of Prairie School architecture that were developed earlier in their careers in Chicago with local architects including Frank Lloyd Wright. Their aim was to create a building that fitted harmoniously into its environment with Walter Burley Griffin stating that “the final test of modernism is the replacement of industrial eyesores”.

The City of Essendon’s new building was lauded for its beauty and effectiveness and used until it was decommissioned in 1942. It was left to deteriorate until 1984, when the City of Essendon reopened the facility as a community theatre before closing again after a few years due to funding issues. Its arts legacy was not long forgotten though, with the site undergoing a conservation program, reopening as a multi-arts facility in 2004 as the Incinerator Arts Complex.

The venue was renamed the Incinerator Gallery in 2011 and refocused on a new plan to establish it as a premier visual arts destination in Melbourne’s West.

Want to learn more? The Incinerator Gallery offers free history tours to community groups, led by Incinerator volunteers. Click here to find out more or contact us on 03 9243 1750. 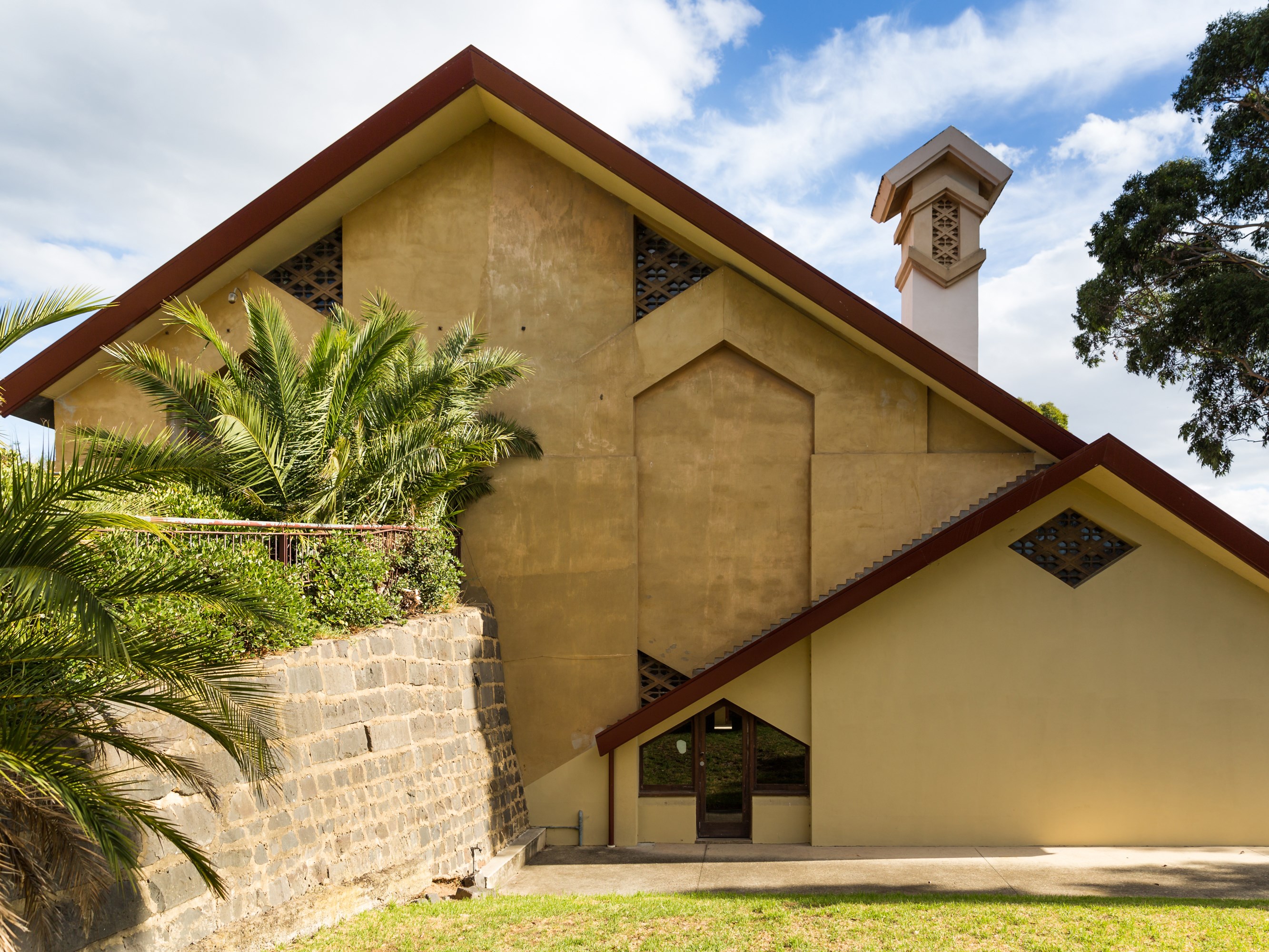 Historical Timeline Of The Incinerator Gallery

We appreciate and value the dedication and commitment of our volunteers.

By becoming a part of the Incinerator Gallery team, volunteers will enjoy such benefits as presentation and engagement training, involvement in exhibitions and openings and networking opportunities.

Applicants should be enthusiastic, possess excellent interpersonal and presentation skills and have a passion for art, architecture, the environment and local history.

You can also read this volunteer profile from Georgie, one of our amazing volunteers. Georgie explains why she loves volunteering at the Incinerator Gallery.

For any further questions about the Incinerator Gallery Volunteer Involvement program email incinerator@mvcc.vic.gov.au.

What experience do I need? Expand

To volunteer at the Incinerator applicants should possess a desire to learn, an interest in contemporary art and culture, architecture and local history, and a desire to share that with our visitors.

No previous experience, qualifications, or special knowledge is required to volunteer at the Incinerator.

We are looking for people with excellent presentation, communication and interpersonal skills. Everything you need to know for this role is covered in the training. Indeed, some people volunteer to gain skills that will help them to apply for paid work.

How much time do I need to commit? Expand

Volunteers are invited to self-roster themselves according to Gallery program and ad hoc tour bookings as they come in to the Gallery and to attend training opportunities provided.

A typical shift requires a volunteer to be onsite for two hours.

It is expected that volunteers will be available to deliver at least one tour each month and assist with the delivery of programs at least two times a month.

Volunteers are also provided with training opportunities to increase their skills and knowledge and this in turn helps the Incinerator to ensure a high quality of visitor engagement. We find that volunteers want lots of information to help them perform their role well. This includes training meetings about twice a year, as well as independent research from home. The amount of time you spend doing this independent research up to you.

Exhibition fact sheets are provided to volunteers that include basic information and suggested reading lists, including books, articles and websites as a starting point to learn more.

I am under 18 years of age, can I volunteer? Expand

Volunteering at the Incinerator Gallery is for adults over 18 years of age.

What training is provided for new volunteers? Expand

At the Incinerator  Gallery training for new volunteers is structured as follows:

The Induction and Training day is one of the final stages of an application and all finalist applicants must attend. On this day information is provided regarding:

At their first shift a staff member completes an Induction Checklist with the Volunteer.

Readings and training dealing with services provided regarding general interpretation and guiding including public speaking skills, techniques for dealing with diverse visitor types and handling groups of visitors.

Volunteer training assessment will consist of an online quiz responding to questions and potential scenarios, and a trainee Volunteer review and evaluation of training.

What ongoing training is provided? Expand

After Induction and Training volunteers have ongoing opportunities to learn more at briefings before their shift.

Other opportunities to learn include:

How do volunteers manage their rosters? Expand

Volunteers can then see the available shifts and self-nominate to undertake shifts when they are able.

Information about the Gallery and volunteering is shared with volunteers and vice versa via this website (which is also available as a downloadable application).

Is there a dress code? Expand

At the Incinerator volunteers have a role that puts them at the forefront of visitor interactions, and as the face of the Incinerator, they should dress professionally.

Volunteers are encouraged to be ‘sun smart’ when working outdoors and to keep hydrated.

Do I need a WWCC or Police Check? Expand

All Incinerator Gallery volunteers are required to pass both a Police Check and Working With Children Check (WWCC) prior to the Induction and Training Day.

Volunteers must abide by current legislation as outlined in the Children, Youth and Families Act 2005 (Vic.). WWCC and Police Checks are one part of creating and maintaining a child-safe environment that the Incinerator Gallery and Moonee Valley City Council takes very seriously and there are penalties for organisations who do not comply. Checks are renewed on a regular basis.

Teachers with Victorian Institute of Teaching (VIT) registration can use their volunteering towards the 50 days currency of practice and professional development for the purposes of VIT registration. Refer to the VIT website.

Are there benefits for Volunteering? Expand

Aside from giving back to the community, volunteers are passionate people who freely provide their time and energy to support the work of paid staff at the Incinerator Gallery.

The benefits you could enjoy include:

What is the application process? Expand

The application process and important dates vary for each Incinerator Gallery recruitment and are outlined on this page during recruitment periods.

As a guide, the process to volunteer at the Incinerator Gallery is as follows:

When will the next recruitment be? Expand

If you are unavailable to attend the set dates for interviews and the Training and Induction Day you may wish to wait until the next recruitment period.

The next recruitment for this role is anticipated to be early in 2021.

I have other questions Expand

If you have other questions please send an email to incinerator@mvcc.vic.gov.au.