Skip to content
Due to the recent Victorian State Government announcement of stay at home orders for ‘hot spot’ suburbs, Council has made the decision to temporarily close the Incinerator Gallery from Wednesday 1 July. Although the Incinerator Gallery is not located within the listed suburbs we are closing as a precautionary measure and to further support our response to the increasing number of confirmed cases within, and surrounding, our municipality. For further information Moonee Valley City Councils response to the COVID-19 pandemic please visit Council’s website: mvcc.vic.gov.au/covid-19/ or call the gallery on 9243 1750. Thank you for your understanding and patience during this time. We hope to be welcoming you back to the Incinerator Gallery very soon.

Musings: reflections of art and life from the Moonee Valley community

Silent Witness: A Window to the Past

Waiting until the last minute

Figure in the Round

Cut from the same cloth

Deaf Culture is being portrayed through spatial movements of Auslan, our sign language in the form of paper/fabric sculpture pieces that pop off the wall and trail into a crowd. We are conversing in a Deaf club room talking about memories of living in the 1980’s before mobile phones and social media when we relied on the old teletype phone and the Austext on television. The joys of waking up each morning, switching the TV on and going straight to the Austext page was a favourite thing for many Deaf people (kids and adults alike). The things we would check first were the jokes, the weather, news, what was on and competitions. It reminds me of waking up today and first thing checking my mobile phone in 2019. The Austext memories are depicted by paintings.

When Deaf people talk, they talk for hours and often take a long time to say goodbye and the mountainous number of Auslan sculptures depict that and the many conversations shared in that one room on that social gathering night.

Deaf people wearing hearing aids, weird large box microphones…. in the 1970s as evident in an installation of found objects of these equipment pieces. It makes you glad that we have small conceptions that are the behind-the-ear cochlear implants to contend with that helps make our lives easier out in the wide world. Depictions of these devices adorn the walls as large sketches spattered with coffee-like stains that look like aged spots on paper. One particularly stands out is the weird looking watch-like band with wires sticking out and rings on the ends, that is the Tickle Talker of 1988 that Chelle Destefano had to wear as a kid. That was to “help her hear” in the form of electric shocks on her hand for each sound. Does not sound very nice, and Chelle says it wasn’t all that nice and more itchy than painful. She had to wear it as a trial, one of the 5 kids in the world in Australia, selected to wear it when she was told she could not have the cochlear implant at the time. In 1992 when she began high school, she said “God forbid! I am not wearing that!” and 6 months later they allowed her to have the cochlear implant when she became qualified for it as by that time, they had developed the cochlear implant further. 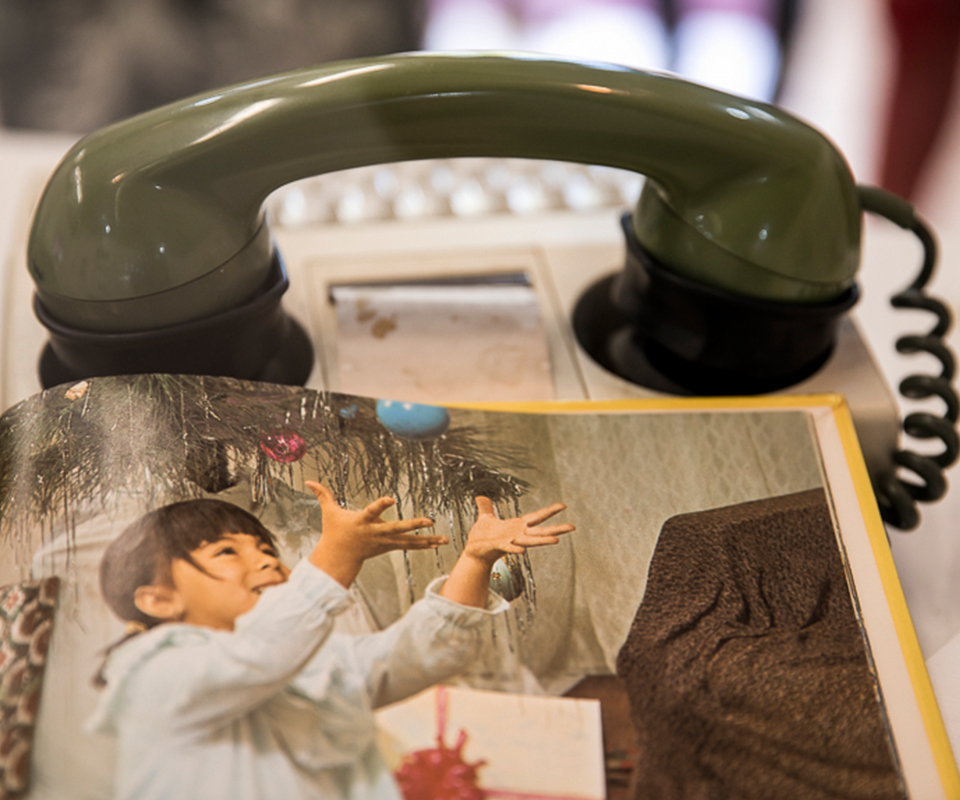